On 2nd of April, three members of The Beautified Project were reunited in London to start getting ready for their three London concerts which will be filmed for a documentary by BBC. In the evening of Saturday 2nd of April the band was invited to meet British Politician of Armenian descent, Councilor Ara Iskanderian.

Mr. Iskanderian had a leading role in pushing the issue of ARMENIAN GENOCIDE in Ealing Council, a part of London with over 350.000 British population. The band were introduced to other local politicians including  Member of Parliament Mr. Stephen Pound and Council Leader Mr. Julian Bell who have had amazing rolls in recognizing the Armenian Genocide in Ealing Council.  Ara Iskanderian, Stephen Pound and Julian Bell welcomed the band members on behalf of the people and talked at length about their common musical influences.

Politicians showed their willingness to attend The Beautified Project’s concerts on the 10th and 16th of April, especially because the 16th concert (in St. Yeghiche Armenian Church) is dedicated to the memory of victims of the ARMENIAN GENOCIDE.

All three concerts’ dates are here. 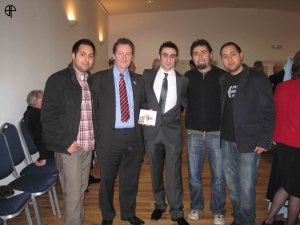 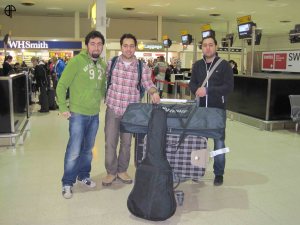 Search in this blog